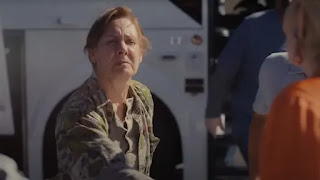 Laurie Metcalf is one of the funniest actors on the planet…

When given good material.

The value of writing is never more apparent than in the contrast of the characters Laurie plays in HACKS and on THE CONNERS.

This pains me because I know some of the writers on THE CONNERS and have admired their work in the past.

But take the “Pepsi Challenge” (for those old enough to remember what that was):

Watch Laurie play this road manager for several episodes of the second season of HACKS (on HBO Max) and you will be laughing out loud.  Everything out of her mouth is funny.  Her attitude is hilarious.  And she has the chops to absolutely hit it out of the park.

Then watch her on THE CONNERS (on ABC).  Everything is forced.  The laugh track is cranked to high.  Such a waste of a brilliant talent.  It’s like a $500,000 Maserati being asked to deliver for Postmates.  I will grant you that there were times on ROSEANNE that she shined, but lately she can’t rise above the material.