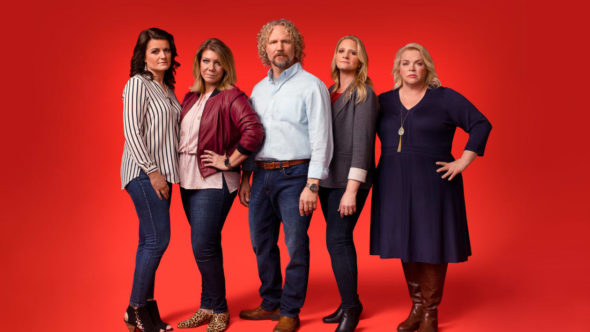 Sister Wives is returning soon for season 13 on TLC. The network announced a return date and released a trailer for the upcoming season of the reality series. New episodes arrive in September. This series will show what happens when Christine leaves Kody.

TLC revealed more about the upcoming season in a press release.

“Fresh off the heels of a head turning season, SISTER WIVES picks up right where the season left off when the series returns on Sunday, September 11 at 10PM ET/PT. For twelve years, dedicated fans have followed the highs and lows between Kody Brown and his four wives – Meri, Janelle, Christine and Robyn – as they’ve expanded their family and celebrated life’s big moments from birthdays to weddings and babies. This season, Sister Wives takes a dramatic and emotional turn, as Christine leaves Kody and changes the dynamic of this polygamist family forever.

“When TLC first introduced Sister Wives, the country was fascinated by a family with a very different lifestyle than most. The Browns challenged the notion of a traditional family mold and over a decade later, their family dynamics are still resonating with viewers because of their honesty, vulnerability and now, their relatability,” said Howard Lee, President of TLC Streaming and Network Originals.

Last year, Christine kicked Kody out of her home, which was one of the hardest things she has ever done. But now, formally putting an end to their marriage turns out to be even harder. And when she has to tell her sister wives and her children, nobody takes it well. She is determined to move to Utah to be with her older children but when Kody tries to stop her, Christine calls him out for favoring one wife and her children, over all the others. The stresses multiply as people begin to take sides.

And on top of it all, COVID is still a major issue for the Brown family, as first, Janelle and her children test positive and later, Kody, Robyn and their kids face their own struggles during the pandemic. When Christine’s daughter Mykelti gives birth, she invites some of the sister wives to be part of it, but not others and her choices are surprising. Then, without talking to Kody, Janelle buys a giant RV and moves onto their undeveloped Coyote Pass property as she is desperate to get construction started on their homes. This season will see the family divided like never before, leaving one thing for certain: the Browns will never be the same.

Check out the trailer for Sister Wives season 13 below.

What do you think? Are you excited about the return of this reality series next month?

Who Is Niko Terho? About The Actor Playing Lucas On ‘Grey’s Anatomy’ – Hollywood Life