Setting the Way-Back Machine for 2012 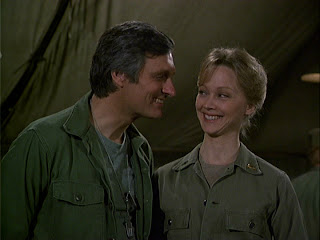 Here’s my monthly look back at Friday Questions from ten years ago.  Lots of good questions and answers are buried in these musty archives.  Once a month I like to dredge some up.

Long Paul starts us off:

What is the stupidest thing you’ve ever said on the air?

Wow. There’s such a long list it’s hard to narrow it down. I once
interviewed the commissioner of baseball, Bud Selig and asked him about
MLB’s pet charity, Stand up FOR cancer. (Should be Stand up TO cancer).

When I was broadcasting for Baltimore I interviewed Angel phenom, Wally
Joyner. He was the poster boy for clean living. I wanted to end the
interview by wishing him much success and instead I said, “Thanks for
the visit, Wally, and I wish you much sex.”

And of course, my botched home run call. Again – Baltimore. I had just
entered the big leagues and figured I needed a signature home run call.
So I came up with “Ladies and gentleman, Elvis has left the building!”
This worked fine for about two weeks until I jumped the gun and my
call was, “Ladies and gentleman, Elvis is… off the top of the wall!”

That’s the last time I’ve had a signature home run call. And by the way, you don’t need one.

Alan Duke has a question about my post where the top 5 all-time shows were named.

Other than you and David, is there anyone
else associated with 2 or more of the top 5? Probably not. You are in a
very special group. Congrats Ken.

Thanks. It’s something I’m very proud of. We’re in a select group but
not exclusive. Glen & Les Charles wrote an episode of MASH so they
qualify. Tom Reeder also wrote for both shows. Same with Larry
Balmagia and David Pollock & Elias Davis. Bob Schiller & Bob
Weiskopf wrote for both I LOVE LUCY and ALL IN THE FAMILY.

And of course several actors qualify as well. George Wendt and Shelley
Long both did guest stints on MASH. And I’m sure there are character
actors who did LUCY and FAMILY. Or CHEERS and SEINFELD. It would take
me forever to cross-check but I wouldn’t be shocked if there was an
old-time actor who did I LOVE LUCY, ALL IN THE FAMILY, and MASH. You
guys, of course, are welcome to track that down and get back to me.

When getting script notes from execs, are there any specific types of notes that you know are always just meaningless BS?

Yes. “Could you make him/her more likeable?” Networks
invariably don’t want to even remotely offend anyone. But as Larry
Gelbart once said about comedy writing, “If you haven’t offended someone
then you haven’t done your job.”

Hey, Ken! I have a question that occurred to
me yesterday while watching the wonderful campaign ad for Michigan
supreme court that featured most of the cast of the West Wing.

Who owns the rights to characters, like those
on the West Wing, which are completely creations of one particular
writer (in this case Aaron Sorkin)? I was wondering because Sorkin
apparently didn’t write that campaign ad, yet characters he created are
in it. Would he have to have signed off on them being used? For that
matter, Sorkin left the show after 4 seasons and other writers took
over. Did he have to give the rights to use those characters over to the
show? Does he ever have the rights to use them again?

Usually, the studio owns the copyright on characters. But it depends on
the creator and what kind of deal he was able to negotiate.

As for the actors, the studio may own the “character” but not the likeness.
Remember that case a number of years ago where several “Cheers” bars
began appearing in airports? Paramount sanctioned them, but life-size
figures of Norm & Cliff were featured sitting on bar stools. George
Wendt and John Ratzenberger sued and won to get those ornaments
removed. I’m not a lawyer (nor do I play one on TV) so I don’t know
what the line is between when a studio can show photos of the actor in
character and when they’re required to get their permission and pay
them. Maybe that’s what held up production of those AfterMASH action
figures.


What’s your question? Please leave it in the comments section. Thanks.

No Schedule This Week | TV Is My Pacifier

No Schedule This Week | TV Is My Pacifier