Founded by Women and Hollywood publisher and founder Melissa Silverstein, the Girls Club is a community for women creatives, culture-changers, and storytellers to connect, create, network, advocate, support, and redefine entertainment. The Girls Club is offering a one-month membership free of charge when you sign up. If you identify as a woman and would like an invitation to this community, please email girlsclubnetwork@gmail.com and let us know a bit about who you are and what you do.

Find Girls Club event details, a trailer and synopsis for “Candy,” and Veith’s bio below.

Synopsis: Candy Montgomery is a 1980 housewife and mother who did everything right — good husband, two kids, nice house, even the careful planning and execution of transgressions — but when the pressure of conformity builds within her, her actions scream for just a bit of freedom. With deadly results.

Bio: Robin Veith started her career on the staff of “Mad Men,” where she wrote five episodes of the show’s first three seasons, with three of her scripts receiving Emmy nominations, and one a Writers Guild nomination. She also earned three Writers Guild Awards (two for Outstanding Drama Series and one for Outstanding New Series) as well as a Peabody Award. Her credits include “Lights Out,” “Law & Order: SVU,” “True Blood,” “The Expanse,” and “The Act.” She is currently developing and producing under an overall deal with UCP. 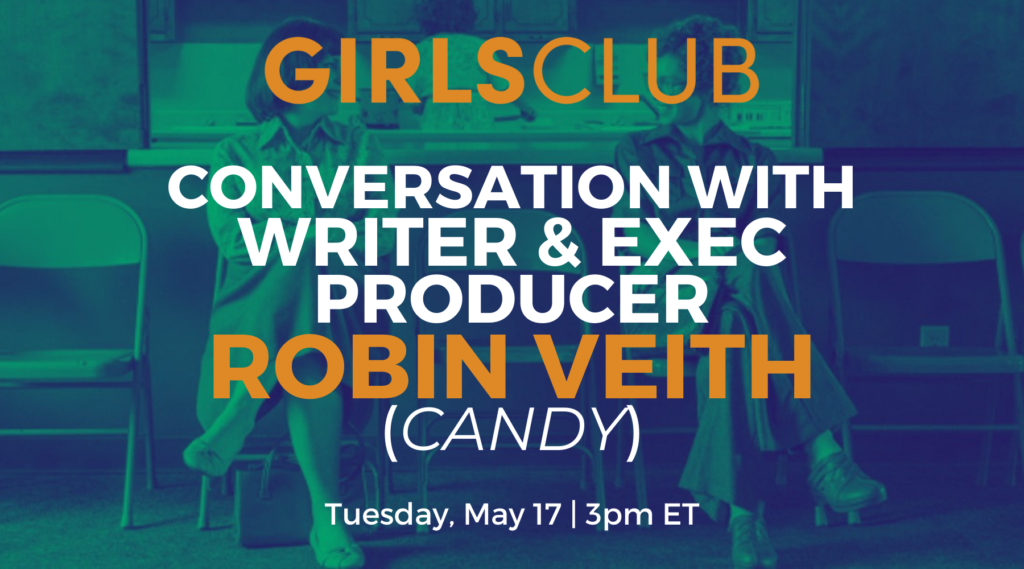 PETA Says Ciara & Russell Wilson Made A “One, Two Step Mistake” By Purchasing A Puppy From A Breeder Instead Of Adopting

PETA Says Ciara & Russell Wilson Made A "One, Two Step Mistake" By Purchasing A Puppy From A Breeder Instead Of Adopting