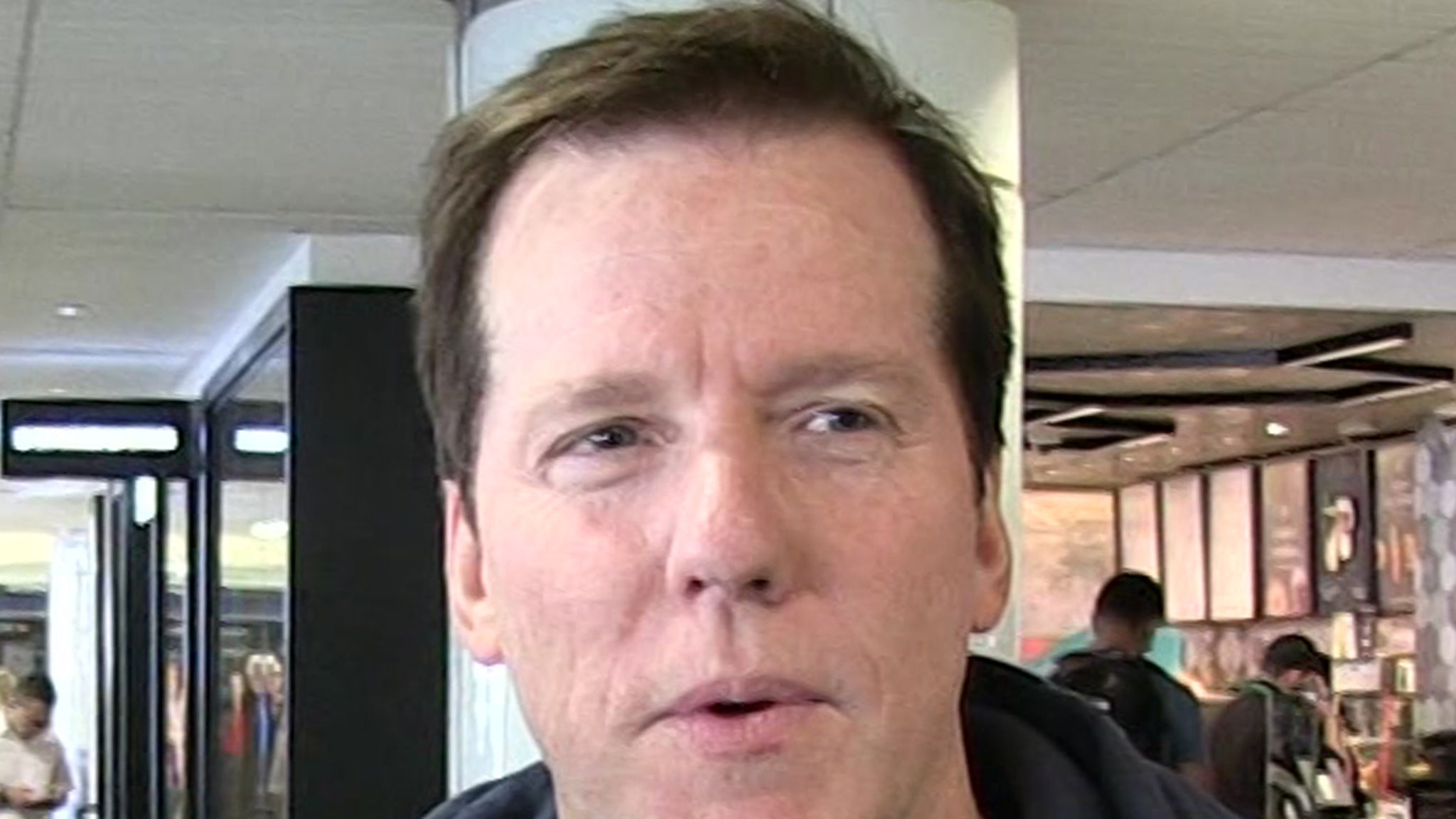 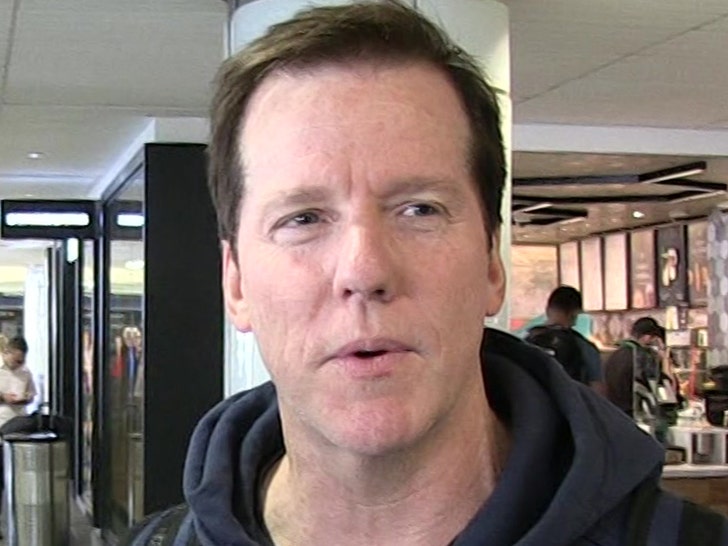 Jeff Dunham says a company is constantly ripping him off to sell shirts, but now it’s gone way too far by doing the same thing with overpriced face masks, to try to profit off the COVID-19 pandemic … and he’s had it.

According to a new suit, filed by legal pit bull attorney Marty Singer, Dunham alleges Raymond Lei, Ooshirts, Inc. and sites like teechip.com have jacked the world-famous ventriloquism characters he spent years developing and are using them to sell merchandise … including coronavirus-related masks and tees.

What’s worse — Dunham claims Ooshirts and its websites have “exploited the name, photograph, image and/or likeness of Jeff Dunham himself” in order to profit off its counterfeit products, which he says has led to fans questioning why he is trying to make money off a pandemic. Dunham says this is causing great harm to his reputation and his brand. 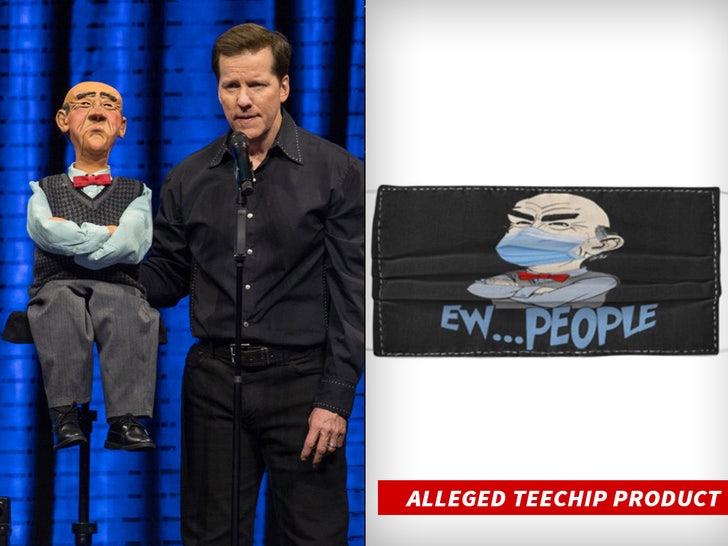 The most recent example of Ooshirts’ “unlawful conduct” — according to Dunham — is slapping his most beloved crotchety old man character, Walter, on masks … and selling them online for $19.95. 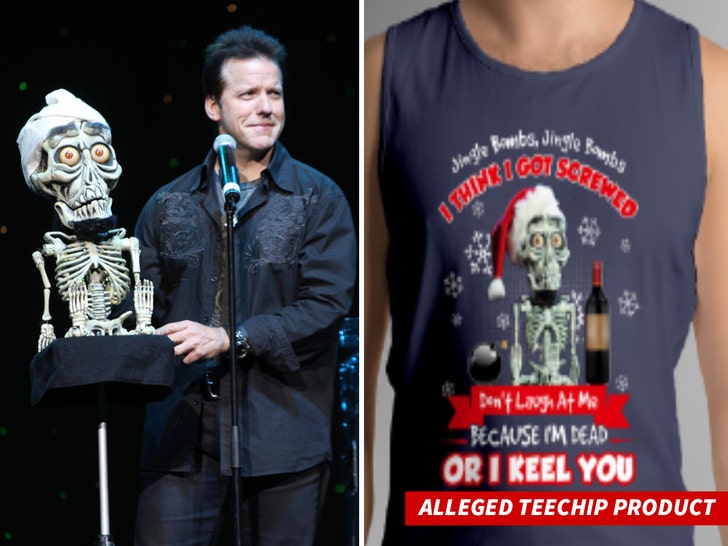 Dunham says this is just one example, but claims the company has been doing this for years with all of his other characters — Achmed the Dead Terrorist, Bubba J, Peanut and Jose Jalapeno on a Stick — as well.

The comedian says he’s been doing this routine with Lei and Ooshirts for a while, where he identifies infringing products and gets them taken down, but they always keep popping up with more … so now he says “enough is enough.” 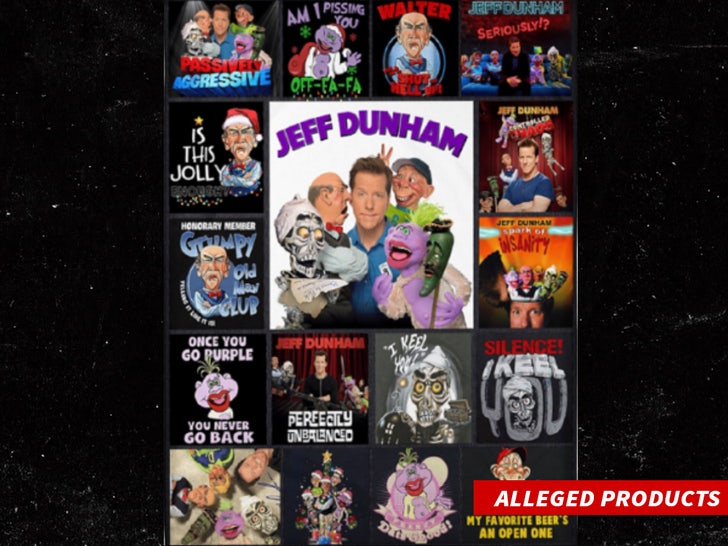 Dunham is suing for violating his right of publicity, as well as infringing on his copyrights and trademarks and wants more than $10 million in damages.

However, he tells TMZ … “My wife and I intend to use proceeds recovered in this lawsuit to add to our continued contributions to charities benefiting COVID-19 relief efforts.”