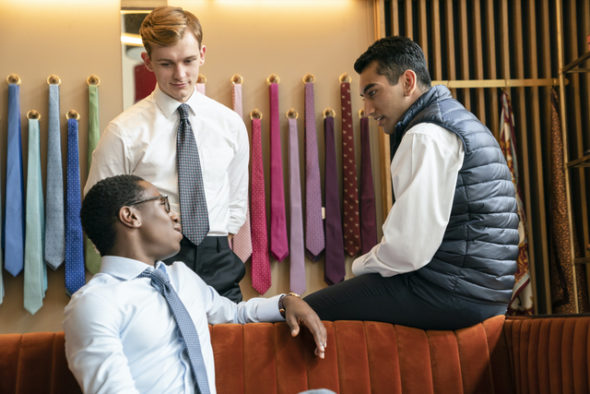 Is anyone truly a winner in the rat race? Has the Industry TV show been cancelled or renewed for a second season on HBO and BBC Two? The television vulture is watching all the latest cancellation and renewal news, so this page is the place to track the status of Industry, season two. Bookmark it, or subscribe for the latest updates. Remember, the television vulture is watching your shows. Are you?

Airing on the HBO cable channel in the United States, the Industry TV show stars Myha’la Herrold, Marisa Abela, Harry Lawtey, David Jonsson, Nabhaan Rizwan, Freya Mavor, Will Tudor, Conor MacNeill, and Ken Leung. The story revolves around a group of young graduates who are competing for a limited number of permanent positions at a prestigious London investment bank. The five young graduates hoping to work at Pierpoint & Co. are hungry American outsider Harper Stern (Herrold), party-boy Robert Spearing (Lawtey), privileged Yasmin Kara-Hanani (Abela), Hari Dhar (NRizwan), and Augustus ‘Gus’ Sackey (Jonsson), a graduate of Eton and Oxford. As members of the group rise and fall, they must decide if life is as simple as the bottom line.

The first season of Industry averaged a 0.02 rating in the 18-49 demographic and 109,000  viewers. Find out how Industry stacks up against other HBO TV shows.

Will HBO cancel or renew Industry for season two? A co-production with BBC Two, this show’s linear ratings are very low. While HBO doesn’t have to please advertisers (just viewers), these numbers seem disappointing. The series was created by the first-time showrunners Mickey Down and Konrad Kay and Girls’ Lena Dunham directed and executive produced the pilot. This one could go either way but I suspect that it won’t have a second season. While it’s not being marketed as a mini-series, it may have a clear ending at the end of the season. I’ll update this page with breaking developments. Subscribe for free alerts on Industry cancellation or renewal news.

What do you think? Are you glad that the Industry TV show has been renewed for a second season? How would you feel if HBO and BBC Two had cancelled this TV series, instead?

Joel Kim Booster Is the Official Ambassador of Summer Mesh

British Crime Thriller ‘We Hunt Together’ Season 2 Premieres on Showtime