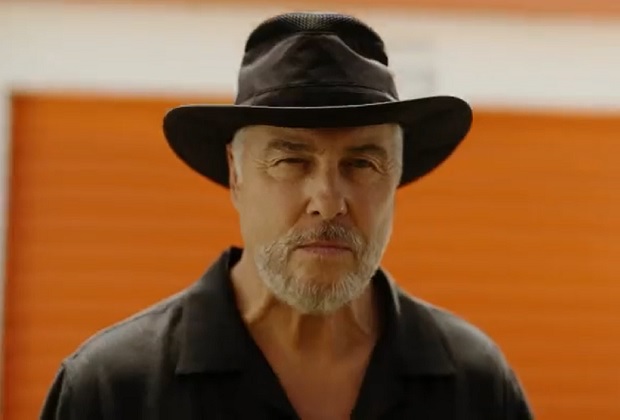 The truth is out th–…. Oops, sorry — truth lies here in the first promo for CBS‘ first CSI series in well over five years, CSI: Vegas.

Debuting Wednesday, Oct. 6 at 10/9c (where it will lead out of Tough as Nails), the revival brings back CSI vets William Petersen, Jorja Fox and Wallace Langham as Gil Grissom, Sara Sidle and David Hodges, while Paul Guilfoyle will guest-star as (former?) Captain Jim Brass.

Watch the teaser below, then read on for more:

CSI: Vegas “opens a brand new chapter in Las Vegas, the city where it all began,” the official CBS synopsis tells us. “Facing an existential threat that could bring down the entire Crime Lab and release thousands of convicted killers back onto the neon-lit streets of Vegas, a brilliant new team of investigators led by Maxine Roby played by (Newsome) must enlist the help of old friends Gil Grissom, Sara Sidle and David Hodges. This combined force will deploy the latest forensic techniques to do what they do best —follow the evidence — in order to preserve and serve justice in Sin City.”

Want scoop on CSI: Vegas, or for any other show? Email InsideLine@tvline.com and your question may be answered via Matt’s Inside Line.

This article was originally published by Tvline.com. Read the original article here.

Ashley Olsen and Her Boyfriend Enjoy Date Night During Rare Outing
Everything You Need for a Backyard Movie Night
RuPaul’s Drag Race All Stars: Was the Right Witch Vanquished in Episode 6?
Prince Harry’s Upcoming Memoir Promises to Feature the “Highs and Lows” of Royal Life
Sandra Oh Is Another Doctor in The Chair–But This Is No Grey’s Anatomy