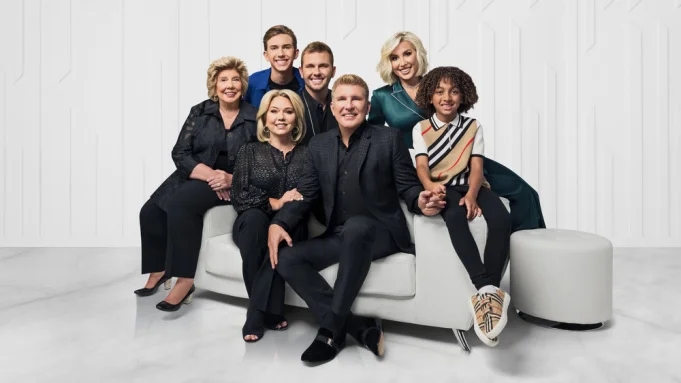 The Chrisley family is headed to E!. A new season of Growing Up Chrisley (season four) is set to air on E! Television after airing its previous seasons on USA Network.  Love Limo, a dating series hosted by Todd Chrisley, is also headed for E! However, Chrisley Knows Best is returning for its 10th season on USA Network.

More was revealed about the shows in a press release.

“It’s a trifecta for the Chrisleys with three shows airing across E! and USA Network centered around Patriarch Todd Chrisley and his outrageously charming Southern family.

E! has greenlit new dating series “Love Limo,” which is set to air next year and will be hosted and executive produced by Todd Chrisley. The network also picked up a fourth season of “Growing Up Chrisley,” which will launch this summer.

In addition, USA Network’s has given a 10th season renewal to “Chrisley Knows Best” while new episodes for season nine will air beginning Thursday, June 23 at 9 p.m. ET/PT.

Growing Up Chrisley” delivered 1.3 million total viewers and 447,000 viewers in the 18-49 demo. The docuseries follows Chase and Savannah Chrisley as they embrace adulthood in their hometown of Nashville. Now in their mid-20s, the sibling duo are entering a new chapter in their lives as they navigate new and old relationships, businesses and family dynamics. Whether they’re launching a new product or dancing at the honkytonk with friends, these two are taking Nashville by storm with their devoted family by their side.

When it comes to matters of the heart, singles are willing to do almost anything to find love, even if that anything is putting their dating life into the hands of Todd Chrisley. In the new series “Love Limo,” hosted and executive produced by Todd Chrisley, he guides one unlucky-in-love single on a whirlwind day of speed dating that will hopefully end in the date night and match of their dreams. Todd believes you can learn everything you need to know about someone else in the first 20 minutes of meeting them and he’s about to put that theory to the test.”

What do you think? Are you excited to see more of the Chrisley family on USA Network and E!?