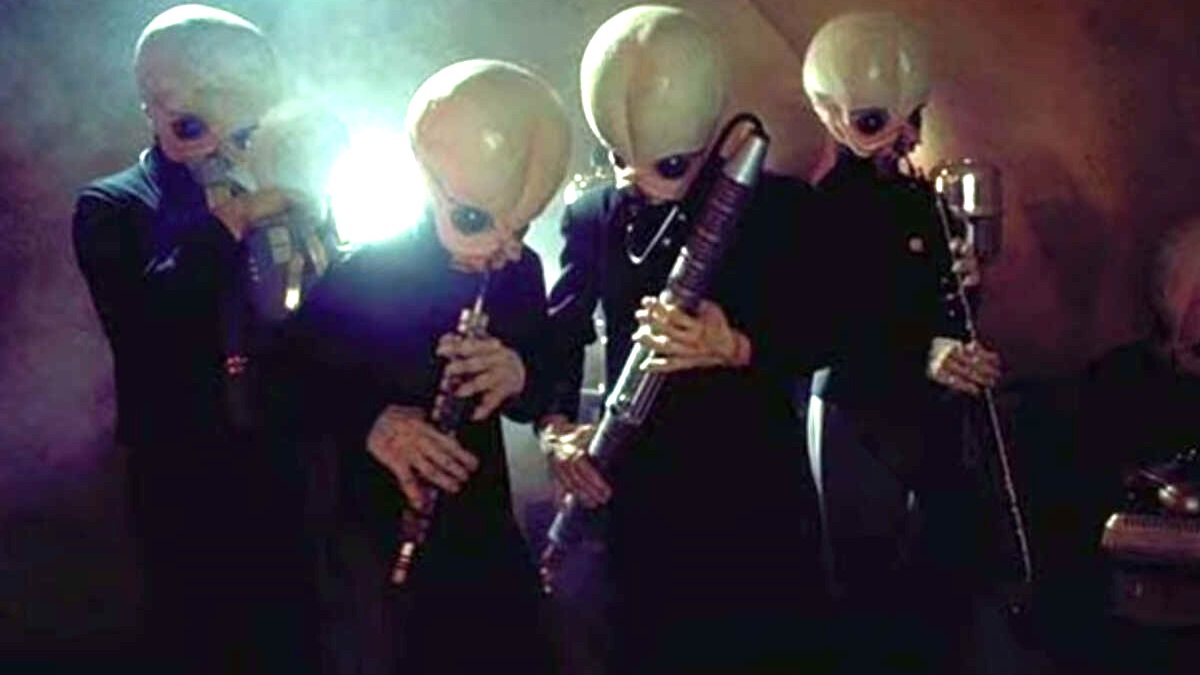 Star Wars Day is in full swing, and folks from around the world are celebrating the iconic sci-fi franchise in any way they can. Among the celebrators are current franchise owners Disney, who released a new trailer for upcoming Disney Plus series Obi-Wan Kenobi in honor of the commemorative day.

But, the celebrations haven’t ended there.

The Disney Music Group-ran a cappella band DCappella are joining in the festivities with a music video of their “Cantina Band” cover, the whimsical John Williams melody home to any and all scenes in the Star Wars location of the Mos Eisley Cantina on planet Tatooine.

The video is shot in a recreation of the Mos Eisley Cantina, where various folks, among them the members of DCappella, are enjoying themselves with drinks and some tunes spun by a robotic DJ. When the DJ malfunctions, however, the guests begin to get restless at the lack of music.

Soon enough, the DCappella members step up with their cover of “Cantina Band,” keeping the party going at an even better pace than it had been. Following their triumphant injection of fun back into the party, the band retreats from the Mos Eisley Cantina against a backdrop of a beautiful star-filled sky.

The band also announced their upcoming tour today, titled Deck the Halls with Disney featuring DCappella, which will see the band tour across the United States, beginning on Nov. 4 in Spokane, Washington, and finishing on Dec. 24 in Cedar Rapids, Iowa. Additional tour locations can be found here.