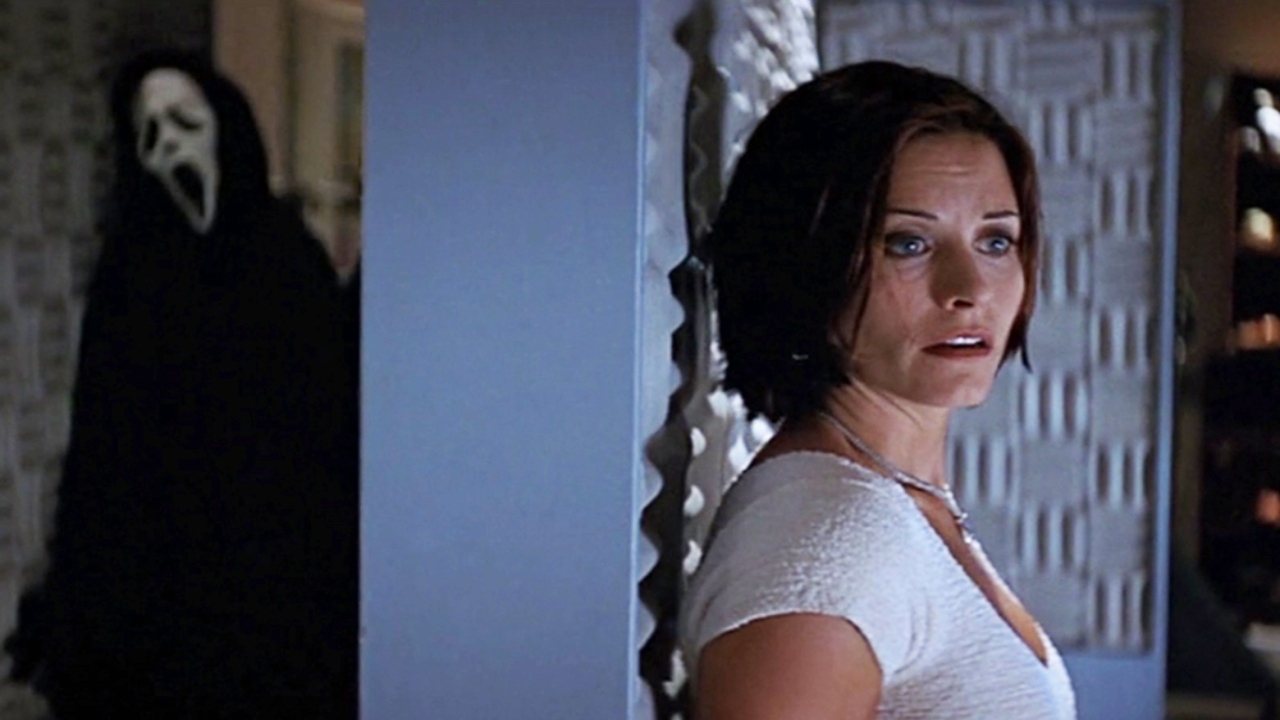 One of the most thrilling aspects of the Scream franchise is its ability to invoke fear within diehard fans — and, apparently, some of the franchise’s most notable veterans. The legendary franchise is responsible for several moments that produce plenty of jump scares, so much so that star Courteney Cox has admitted that she’s too scared to ever sit down and actually watch any of the Scream movies.

While speaking with Variety, Cox revealed that her Shining Vale co-stars Mira Sorvino and Greg Kinnear occasionally play tricks on her with jump scares and other spooky tactics — leading Cox to explain that she doesn’t watch the horror movies for fear of being scared.

Well, I am a real scaredy cat, and everything kind of scares me, so, yeah. I have a scene with Mira [Sorvino] in the window — the way she was lit was creepy. One of the things is it’s very easy to jump out and scare me. So Greg [Kinnear] would sometimes scare me just on the set, and then I could re-create it because I’m a pretty quick screamer. I’m a quick study for scary. Yeah. I don’t watch them. No, no. I don’t. “Scream” — There’s no way. I don’t care if I know what’s happening, who it was behind the mask.

Despite Cox’s fear, it has already been confirmed that she will be returning for Scream 6, where she subsequently revealed that filming for the sixth installment in the slasher franchise is set to begin sometime in the next few months. And while it will be hard to see Gale continue her story without Dewey by her side, fans will undoubtedly look forward to seeing Ghostface target a new batch of victims once again.

‘Man and a Woman,’ ‘Amour’ Actor Was 91 – The Hollywood Reporter