Happy Father’s Day (the most sacred holiday of the year)  I miss my father every day. He  was my hero, mentor, and
best friend. And he was a damn good actor when playing against Nancy Travis.

I also want to wish a Happy Father’s Day to my son, Matt and son-in-law, Jon.  Becca and Charlotte won the “Dad Lottery.”

“To be a successful father… there’s one absolute rule: when you have a kid, don’t look at it for the first two years.” — Ernest Hemingway

“A man knows when he is growing old because he begins to look like his father.” — Gabriel Garcia Marquez

“If
the new American father feels bewildered and even defeated, let him
take comfort from the fact that whatever he does in any fathering
situation has a fifty percent chance of being right.” — Bill Cosby

“It is a wise father that knows his own child.” — William Shakespeare

“When
I was a boy of 14, my father was so ignorant I could hardly stand to
have the old man around. But when I got to be 21, I was astonished at
how much the old man had learned in seven years.” – Mark Twain

“By the time a man realizes that maybe his father was right, he usually has a son who thinks he’s wrong.” — Charles Wadsworth 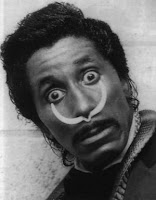 And
finally, a salute to Screaming Jay Hawkins. Screaming Jay was a
r&b/blues singer. His big hit was “I Put a Spell on You” in which he
came out of a coffin. The man was a crowd pleaser. And also a lady
pleaser it seems. Upon his death when it was time to divvy up the estate
it was discovered he had 57 children. Screaming Jay will not be saluted
on Planned Parenthood day.

Happy Father’s Day to all the dads
out there.  Note to my family:  I hate power tools.  I’m more of a “free trip to Europe after COVID” kind of guy.