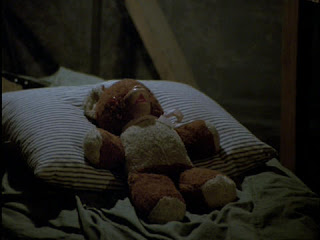 Try not to walk under any black cats or let ladders cross in front of you.  It’s Friday the 13th complete with FQ’s.

Brian Phillips gets us going.

Do you prefer writing a script that is straight humor or one that is humorous but has dramatic moments?

It sort of depends on my mood.  Scripts with dramatic moments tend to be more grounded and there is less emphasis on the comedy.

Other times I just want to write something strictly comedic and make it as funny as it can be from start to finish.

Guess which one is harder to write.  The balls-out comedy by a mile.

Do you think cellphones hurt modern day comedies? I know there are ways around this (poor service, dead batteries, etc), but often their prevalence seems to stifle a lot of comedic potential. It’s hard to imagine Cheers or Frasier, for instance, being as funny if everyone was constantly looking at their screens. Plus a lot of plots would’ve been rendered moot.

Absolutely.  So many comic misunderstandings come from characters not having access to what the situation really is.   But with cellphones anybody can be contacted (or warned or set straight) at any time and place.

On the other hand, sometimes that can work in your favor.  Let’s say you need a character to share some information with another.  It’s vital to the story that that character learns the info.  But what if the person transmitting it has no idea where he is?   Or if he’s in a public place like Fenway Park?  Technology to the rescue.

One thing for sure:  At CHEERS they would start calling Cliff out on his bullshit since they could look anything up.

This has been an exciting season of Jeopardy, with an unusual number of high win streaks.

Why do you think that so many contestants have won so many consecutive games? Have they deciphered the code to winning?

No, I think it’s sheer luck.  Remember, there was also a pretty long stretch where nobody won more than twice.  Whatever year you put Matt Amoddio and Amy Schneider on JEOPARDY that’s a year you’re going to have a super champion.  I may be making this up, but didn’t one of them say they were rejected a time or two for JEOPARDY?  So it’s not like the producers knew going in that these were superstars.

But I do think they’ve deciphered the code to wagering.  These super champions know how to wager better and how to build up their totals so the game is a runaway by Final Jeopardy.  I think the reason Mattea Roach had so many close games was because she was way too conservative in her wagers.  And your chances of losing increase considerably when you’re not a guaranteed winner, and there you have another incisive Levine’s Law.

And finally, from Kyle Burress:

What moments, if any, in television have made you cry or at least made an impact on you?

Too many to count.  I get choked up easily.  And as a writer I love to make others choke up.

The end of THE MARY TYLER MOORE SHOW, Lady Sybil dying on DOWNTON ABBEY, Adele’s performance a few years ago at the Grammys, Tony Bennett’s recent special on CBS, Vin Scully singing “Wind Beneath My Wings” to the Dodger Stadium crowd on his final home broadcast, the last moment in CHEERS, Whitney Houston’s National Anthem at the Super Bowl, the child ventriloquist on SOME COUNTRY’S GOT TALENT,  Rachel watching the prom home video on FRIENDS, Mrs. Landingham’s death on WEST WING, and I’m sure a hundred more I just can’t think of right now.

The only time I choked up from something David Isaacs and I wrote was the last scene in Goodbye Radar on MASH.  The teddy bear on the bunk killed me even though we came up with it.

What’s your Friday (the 13th) Question?