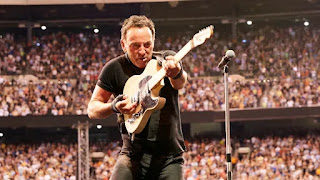 Time for some Friday Questions.  What’s yours?

Someone who calls himself Malcolm Burns asks:

Ken have you ever tried acting in something?

“Tried” is the operative word here.  Yes… sorta.   David Isaacs and I wrote ourselves small parts in two series that will never be seen again — OPEN ALL NIGHT and THE MARSHALL CHRONICLES.

In one case I had to deliver a joke line while walking.  So you know I had chops.

But it was so clear that “real” actors are better.  And I never had a burning desire to be on stage or in front of the camera myself.   To be honest, the two weeks I was a “cast member” I was bored most of the time.  You sit around all day waiting to rehearse your scene for ten minutes.

I like being in the part of the industry I’m actually good at.  And I felt a little guilty both times I “acted” that I was taking the job away from someone who did this for a living and deserved the role way more than me.

What is the best concert you have been to?

But if I had to pick one it would be “the Boss.”  Bruce Springsteen was amazing.  I see him every chance I get and am never disappointed.

Were there any sound stages that were/are set up oddly?

Oh God, yes.  I helped out on a pilot in the late ’80s that was filmed on the biggest stage in Hollywood.  It was the sound stage where Coppola built the entire Vegas Strip for ONE FROM THE HEART.  It has two area codes.

In this case it was used for a multi-cam sitcom.  Usually you’ll have bleachers for 200 people.  That’s what they constructed.  But the stage was so big it was literally two rows on 100.  This was also in the days before monitor assists so the audience could only watch the stage.

There were a bunch of scenes and no more than maybe 35 people at any one time could see what was going on.

It was an utter disaster.

You could easily fit three normal sound stages into that one.  It was at the old Zoetrope Studio on Santa Monica Blvd.

And finally, from Stephen Cudmore:

Are there writers out there that turn in mediocre work, but that work so fast they consistently get work just because the showrunner knows they will hit the deadline? Even good shows seem to have “filler” episodes that aren’t up to their usual standards.

To my knowledge no, although there may be some instances where a show runner wants to hire his friend who may not be very good.

It’s not such a unique skill.  If the goal is simply to write it fast without regard to quality pretty much any seasoned writer can do that.

The real skill comes when you can write good or even great scripts rapidly.  Larry Gelbart, Aaron Sorkin, David E. Kelley — I tip my hat to you guys.

10 Fake-Tan Tips That Will Change the Way You Tan

20 Best Gold Watches for Men in 2022: Epic Timepieces for Every Budget, Style, and Occassion