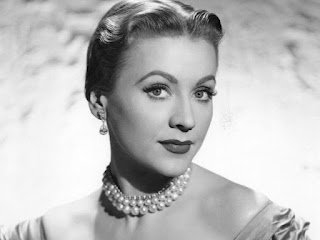 You might want to start thinking about doing your taxes.  In the meantime, here are this week’s FQ’s.

Michael starts us off.

I saw a BIG BANG THEORY blooper, where Jim Parsons stopped because he wasn’t sure if he used correct word (pictures vs photos). Kaley Cuoco jokingly said “they can be called whatever you want”. Parsons responded something liked “no, they worked hard on the words, I want to get them right”. Do most actors you worked with have Parsons’s attitude or Cuoco’s?

First off, bless you Jim Parsons.

It depends on the show and the relationship the actors have with the writers, but I’ve been extremely fortunate in my career in that all of the actors I encountered were super respectful of the material.

Even if they had a disagreement, their objections were presented respectfully.  I sincerely believe the actors I worked with appreciated the writing.  Of course it helps that I was lucky enough to work on well-written shows.

Other writers weren’t so fortunate.  Roseanne, Cosby, Kevin James, Cybill, Bret Butler — they were nightmares.  They thought nothing of just throwing whole scripts out, belittling the writers, just being generally reprehensible.   And none of them were worth it.

Who was your first TV crush?  We all know how you feel about Natalie Wood, but she’s a movie star.
Mine was Angela Cartwright, “Penny” on “Lost in Space.” To a kid in elementary school, she was hot.

Anne Jeffreys from TOPPER (photo above).  I think I was 5.

I got to meet her 25 years later when she came in to read for one of our pilots.  She still looked great and was a very classy woman.  God bless her, she lived to 94.

I admire how you seemingly are able to almost ruthlessly edit your own material. When I was writing scripts, it was the most difficult thing I had to do. And in most cases, I just wasn’t able to do it properly. Were you always able to do this, or was it a skill learned over time?

Time and experience are big factors.  The more confident you are, the more willing you will be to cut or change things.

When writers start out they often obsess over every line and that’s normal.  So it could take forever to write a script.  David Isaacs and I were sure guilty of this.  As time went on we learned to write at a faster pace and that helped enormously.  You’re less reluctant to throw out a whole page if it only took you a half hour to write that page not two days.

Experience also teaches you to recognize traps and blind alleys so you have fewer issues that need addressing.

The more you do it, the more ruthless you will become, and isn’t that the goal of every comedy writer?

No.  I think the FCC would step in.  They are still public airwaves and must serve the public.  That tipping point would trigger license challenges.

But I will say this, networks will go right up to that tipping point.  And if they could get away with showing 50 minutes of commercials an hour they would do it in a heartbeat.

What’s your Friday Question?  Good luck with your taxes.

First Movie Made in Ukraine Since War – The Hollywood Reporter