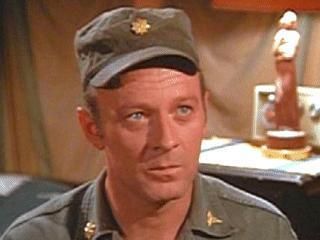 Bronson Turnquist is in the lead off spot.

Your selected career is one with absolutely no financial security.  You could always be fired for any reason or no reason at all.  You mentioned the movie “The Big Picture” as a good example of Hollywood.  How important is financial discipline when you get that first well paying, steady job?

Crucial!  I didn’t quit my day job until we had gotten our second script assignment.

I was very fortunate in my writing career.  I was on hit shows that provided a modicum of security plus was able to cultivate a feature career and co-create a few series of my own.

And yet, I always feared the bus that takes you out of show business would pull up at my house any day and the driver would say, “Get in!”

When you’re lucky enough to be making good money you can’t assume it’s going to last forever.  Lots of once highly successful writers got in big trouble believing that.

Money management in an unstable career like television writing is imperative.   Not getting divorced six times and having eight kids is also a good plan.

Trapper left MASH off-camera because when Season 3 ended, the producers expected Wayne Rogers to be back. Was the same true of Larry Linville? His contract was up, and the character was not the same once Hot Lips got engaged. Were the power that be expecting him back, or was Frank Burns not deemed worthy of an on-camera exit?

We wanted to bring Larry back for the first episode of season six to arrange Frank Burns’ departure and were even willing to pay him a lot of money.   But Larry was going through a very bitter divorce and didn’t want his ex-wife to get half so he passed.   True story.

What are your reasons for choosing not to answer certain Friday Questions that get asked? Lack of knowledge on the topic, taking offense at the question, a combination, or just plain ol’ lack of time and space?

All of the above but mostly lack of knowledge.  However, if I don’t know the answer but do know someone who does I will often reach out and see if they might provide the answer for me.   I’ve had some great guest bloggers like Aaron Sorkin.

Occasionally I’ll find a question a little personal, but rarely do I find one that’s offensive.  Those I just delete at the moderation stage.

But I do try to answer as many as I can.  I apologize if yours slips between the cracks.

And finally, from Kevin from VA:

A Friday Question that ties into your Friday question of your six favorite shows.

What are your six favorite episodes of all time, Comedy or Drama?

Okay, this is one of the hardest FQ’s I’ve had to answer.  The minute this is posted I’m going to think of twenty more.  But here’s my first stab at it:

What’s your Friday Question?  I’ll try my best to answer it.