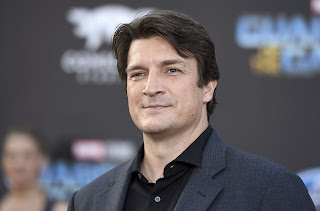 This would have been my mom’s 94th Birthday.  I miss her everyday.  Here are this week’s Friday Questions:

Who was nice to work with? Gary B(Burghoff) admitted he was very depressed during MASH and wasn’t the greatest person to deal with at the time. Someone I know worked behind the scenes for years on different shows. She said Nathan Fillion, Connie Britton and Kyle Chandler were the sweetest people om earth. Everyone wants to talk about who was awful, who was nice in your experience?

When you were working as a baseball announcer, did you get get a lot of feedback or critiques from the station and/or team in-season?

No.  But I did get an early critique my first month in Syracuse.  The team owner said I shouldn’t dwell on the fact that attendance was low (every game the temperature was in the 20s with howling wind), and other than that he was fine with my broadcast.  (I wasn’t.  I sucked my first month.)

Something I’ve noticed with multi cameras the past ten or so years is besides the annoying clearly mechanical laugh tracks, the pacing, rhythm and overall tone of multi camera comedies have just been off. It seems as if today’s writers only are going off what they perceive a sitcom to be without actually understanding the format if that makes sense. Do you think that’s mostly because today’s sitcom writers grew up watching tv (and clearly watching mostly the bad sitcoms) rather than talented people who ended up writing for tv but had other ambitions or occupations? I saw Sam Simon of CheersTaxiThe Simpsons say something to that affect.

I think it’s a combination of things.  Yes, today’s young writers are following formulas they’re used to seeing.   They see a multi-cam as a “sitcom.”  In both CHEERS and FRASIER, we saw the shows as weekly one act plays.

The shows are faster paced now primarily because networks are so deathly afraid of tune-out that they insist on a joke every second.  That makes the show feel very artificial.

In my day (when the dinosaurs roamed the earth) we would gladly go a page or page-and-a-half without jokes to set up one big punchline.  Networks frown on that today.  They want joke-joke-joke-joke-joke.  So when you load your show with jokes and they’re not funny what you’re left with is a mechanical not-very-interesting sitcom.

And finally, from Spike de Beauvoir:

Ken, have you ever collected classic jokes in an archive or folder for study or future use? I’ve been reading Simon Louvish’s bio of Mae West (“It Ain’t No Sin”) and he discovered over 2,000 pages of jokes in her own handwriting that she collected during her career (20,000+ jokes overall). She studied the joke forms and often used them as the basis for the quips and oneliners need she was famous for. Some of them went back to early days of vaudeville and there were even magazines for comics that compiled popular jokes.

No.  The jokes I do best are character jokes that come out of the situation and attitudes of the characters in the moment.   They’re very specific to the scene at hand.  A joke file would do me no good.

There have been writers who carried around card catalogs of jokes, but every joke had already been used, and they were just generic jokes.  For both of those reasons I avoided that practice and those writers.

What is your Friday Question.  Happy Birthday, Mom.