By Ken Levine: And now… a rebuttal 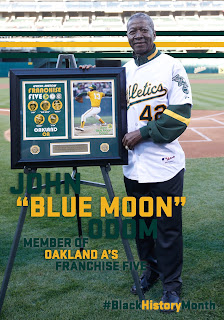 Never let it be said I don’t post opposing views.  Someone who just listed himself as a fan, “Rickey Branch,” offers this rebuttal to yesterday’s post asking what I would do if I were the commissioner of baseball and had complete latitude to do anything.  He addresses my suggestions point by point.  Perhaps one way to read this is as a satire on trolls.

I would be a hard-ass commissioner probably hated by both owners and players.  But so be it.

First, I would institute a pitch clock immediately.  It’s working in the minors and shaving an average of 25 minutes off of game times.  14 seconds with bases empty, 18 with a man on base.  Not in the box ready to hit?  It’s a strike.  Not delivering a pitch on time?  It’s a ball.  It’ll take a couple of weeks for everyone to get used to then the game will hum right along.

Baseball is a timeless game, you millenial.  Nobody ever told Gabby Hartnett when to get in the box.  Blue Moon Odom pitched when he wanted to pitch.  If you don’t like it, drive around your neighborhood and collect Pokemon in your Tesla.

I’d eliminate walk-up music.  That’s horseshit.  Get up there and hit.

While we’re at it, let’s just go ahead and ban players from talking.  And the crowd has to root with only hand gestures.  And instead of selling scorecards at the front gate, for a dollar-fifty we’ll give you a guide to the Dewey Decimal System.  Enjoy the library.

When you play Uno, do you take out all the Draw Fours because they make the game too hard?  Pretty clear you’ve flipped over a Risk board or six in your life.

Reinstate a balanced schedule (which they are also doing next year).   I’m sick of seeing 19 fucking Yankee-Red Sox games.  It’s also not fair currently that some teams draw weaker divisions for interleague play.

So there is someone who’s been clamoring for a yearly Marlins-Orioles series.  Can’t wait to see what they name the trophy.  The Air and Water Goblet?  Asking for more of these games is like that time when UConn coach Bob Diaco tried to start a rivalry with Central Florida in college football.  He got fired in 2016 and he’s still one of the sport’s most hilarious punchlines.

Eliminate ridiculous 11:30 in the morning games for the sake of a TV deal.  And if a game is on a streaming service only like Apple +, they have to be made available to the featured teams home markets via over-the-air free channels so that local fans who don’t pay for subscription services can watch the games.  This is what they do in the NFL.   Games on Amazon will be available in the home markets of the competing teams.   The idea is to increase the fan base not reduce it to those who have disposable money.

These games will be glorious television productions.  There is nothing more splendid than breakfast and baseball.

In the All-Star Game, teams will go back to wearing their own uniforms.  And the game will be before the home run hitting contest.  By the time the game airs now nobody cares.

Some of us REAL fans have a closetful of All-Star jerseys.  They are neatly pressed and hang right next to my Turn Ahead the Clock collection.  The Mercury Mets are the future of our game.

There will be fewer playoff games, not more.  When too many teams can make the playoffs the regular season becomes meaningless — ala the NBA.   And by the time you get to the World Series fans are burned out on playoff games.

The ideal playoff system is substantially more playoff games.  Starting in the beginning of August, the team with the worst record in the league should begin a series with the 29th-best team.  Then, the winner of that plays the 28th-place team.  Make the entire late summer out of playoffs, just like they should make entire planes out of black box.  I once heard a guy say they could do that.

No more day-night doubleheaders where you’re charged separate admissions.  It’s grueling for the players and greedy on the part of the owners.

Agreed.  And we won’t have fans pay for hot dogs.  Or tickets.  And the players will all hitchhike to games.  Money doesn’t grow on publicly-funded trees, ya know.

No more phantom runners on second base to start extra innings.

These are real people with real feelings.  Saying they don’t exist is heartless.  Jeez.

No more seven-inning doubleheader games ever.

I hope the nurses are treating you well in post-op after your “Spirit of the Game” lobotomy.  Halfway up the page we need a pitch clock.  Now, you’ve gone full secular baseball zealot and need 9 innings to be fulfilled.  Do you eat with both sides of your mouth, too?

Incompetent umpires like Angel Hernandez and C.B. Buckner would be fired.

And replaced by who?  Have you seen the strike zones from decades past?  Even the worst MLB umpire right now is better than some of the expando-zones from before.

Starting pitchers have to go 7 innings to get a win, not 5.  You’re paying your ace hundreds of millions?  Let him earn his 20 wins a season, not pitch 5 innings while a parade of flamethrowers take over.

Nobody will ever win.  Just like if you’re elected commissioner.

Unvaccinated players don’t play, and don’t get paid for missing games.  It’s still a personal choice.  You choose to let your teammates down and lose millions of dollars.  Same goes for announcers.

R U CRAZY?  UR UNAMERICAN IF U THINK THAT PPL SHOULD HAVE TO PUT MICROCHIPS IN THEIR BICEPTS TO PLY BASEBALL.  I BET U SIT FOR ARE NATIONAL ANTHUM TWO

One challenge a game, per team.  You lose the challenge, you don’t get to challenge the next game.

Fire all the umpires and also kneecap replay.  Cool.  Let’s just have the players call their own balls and strikes, too.  Anarchist.

So is getting rid of those beautiful All-Star jerseys.

If every team uses the same analytics to hold down the cost of free agents I would take it to court as a form of collusion.

I was wrong.  You’re not an anarchist.  You’re an anti-intellectualist.  Do you do an annual burning of the Baseball Prospectus?

World Series games start at 7:30 pm in the east during the week and 3:00 pm on the weekends.  Yes, weekend World Series games are in the daytime.  Kids can see the end of games.  They’re not over at midnight.  Again, increase the fan base.  Networks will benefit when baseball is more popular again.

Sounds great.  World Series games in the middle of Patriots-Cowboys will draw as well as reruns of The Hogan Family after Valerie Harper left.

All franchises would have to set aside some money to build baseball fields in inner cities or poor communities to encourage young people to play baseball.  It’s a travesty that there are not more Aftrican-American baseball players.

This is a great idea, but they’ll have no money left when you crater the TV ratings.

All franchises would have to make available an acceptable number of reduced price seats so families can attend ballgames without it costing them a fortune.  This is an investment in the game’s future.

I was wrong again.  You’re not against intellectualism.  You’re a communist.

I’d increase the number of minor league teams.  More fans around the country will see baseball, and it makes it harder to make the majors.  So the quality of play in the majors will improve.

If a team charges an outrageous amount for parking, they also have to provide free shuttle service from public transportation.  No exceptions.

Next thing you’re going to ask–and don’t say you aren’t–is that each
team builds its own light rail system to deliver fans right to the door of the ballpark.

And my long-range plan would be to find a way to change the broadcast rights so a team like the Dodgers can’t command a billion dollars for TV rights while division rival Padres are lucky to get a TV deal at all.  There is parity in the NFL because Green Bay and Cincinnati make as much in TV revenue as the Rams and Giants.

That would directly affect the livelihoods of so many talented, creative, and clever announcers like the great Joe Davis.  How dare you.

And these would just be my first steps.  You could see why I’d be hated.  But I bet the fans would like me.  And isn’t it about time they were taken into consideration for once?

In reality, the author of this piece is a great baseball fan and a first class wit.  He asked if he could present opposing views and I happily said sure.   Thank you, “Rickey Branch.”