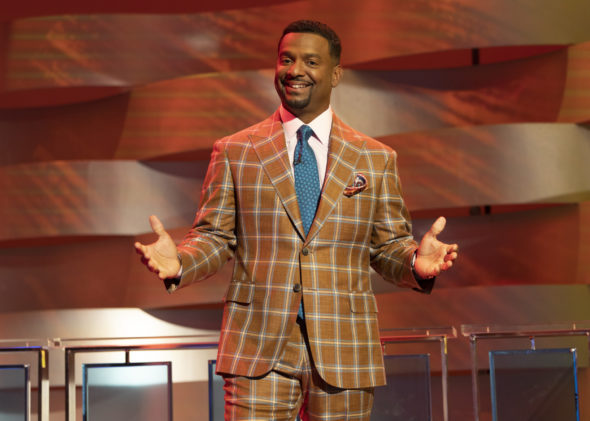 ABC is going to keep needing lots of clips. America’s Funniest Home Videos has been renewed for a 33rd season on the alphabet network. The 32nd year wraps on May 22nd.

America’s Funniest Home Videos is the channel‘s longest-running primetime entertainment show and is currently hosted by Alfonso Ribeiro. For the series, regular people submit comic clips that capture the funny things that happen when people and animals are at their spontaneous best. The studio audience decides which clips they like the best and the winners are awarded cash and other prizes. Previous show hosts have included Tom Bergeron, D.L. Hughley, Richard Kind, John Fugelsang, Daisy Fuentes, and the original host, Bob Saget.

A Sunday night staple, the 32nd season of America’s Funniest Home Videos averages a 0.56 rating in the 18-49 demographic and 4.71 million viewers. Compared to season 31, that’s down by 17% in the demo and down by 4% in viewership in the live+same day ratings (including DVR playback through 3:00 AM). It’s a middle-of-the-road performer when compared to ABC’s other unscripted shows. In the live+7 day ratings (which includes delayed viewing), the series currently averages a 0.63 demo and 5.09 million viewers.

Still funny! 😂 #AFV is coming back for another season on @ABCNetwork! pic.twitter.com/Qr6ND3rWd1

A launch date for season 33 will be announced this summer.

What do you think? Have you been watching America’s Funniest Home Videos for many years? Are you glad to know that the series has been renewed for a 33rd season on ABC?

Check out our ABC status sheet to track the alphabet network’s new series pickups, renewals, and cancellations. You can find lists of cancelled shows here.

D3FAI Releases Out Of This World ‘BIO WEAPON’ EP

Was It Really The Shake-Up Beastie Boys Fans Thought?