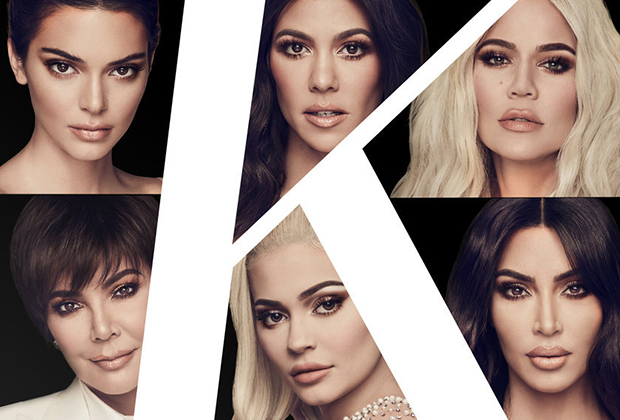 Uncomfortably meta yet surprisingly emotional, Thursday’s series finale of Keeping Up With the Kardashians marked the family’s final appearance on reality TV… until that new deal with Hulu kicks in.

Full disclosure: I’ve never seen a full episode of this show before. Maybe a clip here and there. I definitely remember Googling “Kim Kardashian crying video” back in the day, but not much beyond that. Still, I’m a sucker for a series finale. I even tuned in for the very last episode of Lost having never seen an episode. And just like Lost, I fully expect to wonder if we’ve all been trapped in purgatory this whole time.

Right off the bat, I’m seeing that this episode is titled “The End, Part 2” and I know I’m going to be lost. Granted, I haven’t seen any of the other 270 episodes either, but not watching the first half of a series finale feels especially irresponsible.

Speaking of irresponsible, our journey begins with Kourtney Kardashian weighing the pros and cons of getting back together with her ex-boyfriend Scott Disick, whom she finds “obviously handsome and funny” but also incapable of taking accountability for his actions. It’s a tough trade-off. “Should I finish my sentiment?” she asks Kim at one point. I think she meant “finish my sentence,” but I’m in no position to correct anyone’s vocabulary in what is obviously a vulnerable moment.

Kourtney and Scott eventually sit down for a heart-to-heart talk that accomplishes absolutely nothing, save for me realizing how much he looks like Jared Leto. It’s honestly haunting. The truth is, I know very little about Kourtney and Scott, outside of them having a child named Reign. And I only remember that because I distinctly recall making this terrible joke related to The CW’s Reign. Anyway, Scott is giving zero energy in this finale, but if only for the Jared Leto vibes, I’ll allow it.

Kylie Jenner, who is probably (but maybe not?) a billionaire, joins everyone at Lake Tahoe for “the final family vacation.” Once again, I’m concerned. Is this their last vacation ever? Have they all just agreed to go their separate ways and never speak of this time in their lives? My fear, as it turns out, is for naught. This is merely the family’s last trip on E!’s dime. We’re still a few decades away from Kylie’s grandchildren being like, “I get so emotional thinking back to the Hulu vacations.”

The meta madness continues with a game of charades themed to classic moments from the show. It’s kind of like when the Friends cast played “the game” in that HBO Max reunion, only with far less Tom Selleck for my liking.

They also organize a Secret Santa (wait, is it Christmastime now?) with gifts themed to the show. The rest of the group apparently swapped presents in the first half of the finale (I knew I missed something!), so we only get to see Kylie and Kendall Jenner exchange their gifts, one of which is an old-school VHS camera. This whole family seems very into VHS tapes, by the way. Do they have a deal with Big VHS or something? As it is written, the devil works hard but Kris Jenner works harder.

Now Khloe Kardashian is on the phone with her boyfriend Tristan Thompson. He works in Boston (something about basketball?) and he wants her to move there so they can spend more time together. Nothing I’ve seen about Khloe in the past 30 minutes suggests that she would enjoy living in Boston, but just to be sure, I Googled “Is Khloe Kardashian happy in Boston?” Let’s just say that I learned a lot about that relationship — spoiler alert: she does not move to Boston.

Speaking of Boston (which is a terrible segue unless, like me, you exclusively associate that city with Legally Blonde), Kim gets the results of her baby bar exam. She failed. Fortunately, her entire family is very supportive, especially Kris, who just wants her daughter to be “happy and joyful.” (Remember when Kris had her own daytime talk show? Life is wild.)

The finale ends with the family burying meaningful items — or whatever old Kardashian merch they had lying around for product placement — in a time capsule. Kourtney puts in an old Smooch T-shirt, Scott puts in a shirt that says “I’m Staying Home,” Kim puts in a bottle of her first-ever fragrance (you never forget your first!), Kendall puts in a painting of the family’s old house, Kylie puts in her first three lip kits (also relatable!), Kris puts in her official “momager” license, and Khloe puts in the keys to their old store Dash.

* As a first-time viewer, I did find myself connecting with these women. Feeling for them. Seeing them as humans. And then one of them would say something like “Wait, where do we have a ranch?” and I went right back to square one with the lot of ’em.

* I’m also not afraid to admit that I didn’t know what a baby bar was. And it certainly didn’t end up being the raucous daycare center I anticipated.

* I appreciate Khloe’s commitment to getting all that family footage for the time capsule, but isn’t that what E! has literally been doing for the past 14 years?

Did the series finale keep up with your expectations? Watch a sneak peek of next week’s Andy Cohen-hosted reunion (of course!) below, then grade the episode:

‘Godzilla Vs. Kong’ Becomes 2nd Movie To Cross $100M At Domestic Pandemic B.O.
15 Books Like A COURT OF THORNS AND ROSES
Britney Spears, in Incendiary Hearing Remarks, Calls for End of Conservatorship
Book Riot’s Mystery Deals for June 21, 2021
Supernatural Spinoff About Young John and Mary Winchester, From EPs Jensen and Danneel Ackles, Eyed at The CW