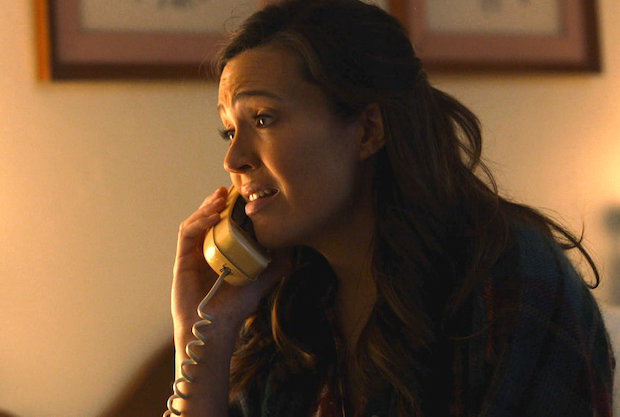 R.I.P. your tearducts, because when even This Is Us‘ Mandy Moore is steeling herself for the emotional toil the series’ final season will wreak, what hope is there for the rest of us?

“I’m going to have to save all my tears, calibrate all my adrenals, get myself into a stable place before all of that gets wrecked and ruined,” she said in a recent Los Angeles Times interview, referencing the drama’s sixth and final season on NBC.

Moore’s comments align with what series creator Dan Fogelman told reporters in May, around the time of the Season 5 finale. (Read a recap of the episode here.) “Mandy is going to have a tremendously ambitious season next year as an actress,” the executive producer said. He pointed out Rebecca’s Alzheimer’s battle, previewing that “it’s going to be quite a ride and quite a showcase for [Moore], someone who I’ve been beating the drum for for a while but who I think is doing something extraordinary on television.”

Whether that “tremendously ambitious season” will include the death of Pearson family matriarch Rebecca in the flash-forward at the cabin remains to be seen. The time-jump certainly seems to be leading to that point, with an elderly Rebecca laid out on a bed, ailing, while her family gathers around her. (See gallery at right for a deep dive.)

“It’s fair to say that we will live heavily in both the period that you just saw at the end of the finale” — aka another flash-forward, this time to Kate’s wedding to Philip — “and live heavily in the period where everybody is gathering at the house at a much older, future time, where Randall’s and Beth’s kids are grown up, etc.,” Fogelman added. “Our characters and our actors have some really juicy stuff to dig into for this sixth season.”

Do you think Rebecca is a goner in Season 6? Sound off in the comments!

7 Memoirs on Learning a New Language
Savannah Guthrie’s Jeopardy! Stint Set to End — How Does She Stack Up Against Her Guest Host Competition?
Jodie-Turner Smith Is the Face of Gucci’s New High Jewelry Collection
Shakespeare In The Park Increases Audience Capacity For ‘Merry Wives’ As New York Covid Restrictions Ease
TVLine Items: The Boys Taps Revenge Alum, Lucifer Vet Gets Woke and More